Malliyoor smriti mandapam is the museum-cum-memorial hall dedicated to the memory of Bhagavatha Hamsam and to honor the efforts of great Bhagavatha Acharyas who laid their life to popularise the Bhakti movement. The Mandapam is a humble obeisance to the lineage of our great Gurus who taught us the noble art of self-sacrifice. The Mandapam will preserve the cultural and historical heritage of our great acharyas who spread the nectar of Bhakti through Srimad Bhagavatham. The smriti Mandapam includes the souvenir hall, yoga and meditation centres, publication wing, annadana mandapam, vedic study centre, Sanatana Dharma library and school of arts.

We humbly request you to participate in this Maha-Yajna of bringing peace, compassion, happiness and harmony to people of all walks of life. We thankfully and affectionately look forward for your advices and assistance to carry on this devine project. 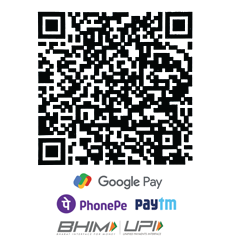 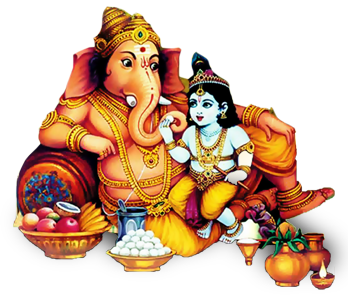 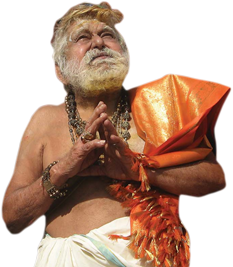 A TEMPLE WITH THE PAST, IN THE PRESENT, FOR THE FUTURE

Malliyoor Maha Ganapati temple is situated near to Kuruppanthara town, in Kottayam District of Kerala State, India. It belongs to South Kerala Division. The name of the Temple is synonymous with the name of the main priest, the sage-like, scholarly Sankaran Nampoothiri. He has dedicated his humble life to the worship of Lord Ganapathy and to the rendering and exposition of the Bhagavatham.

Malliyoor Sankaran Namboothiri, known as Bhagavatha Hamsam, rendered about 2,500 Bhagavatha Saptahas ( recitation of Smd. Bhagavata Puran and explaining the meaning to the public for consecutive seven days) The Malliyoor Temple is the sacred abode of the all – encompassing divine presence of Lord Ganesha is the destination of lakhs of pilgrims from all over India.

“Ganesha is the aspect of the Supreme Being responsible for the removal of obstacles, both in a material and in a spiritual sense. Ultimately a soul’s aim is parameshwara Nirvana, enlightenment from the inner self. On the spiritual path, our obstacles might be our negative emotions sproting from our false ego. When we pray to Ganesha, we ask him to help remove those obstacles within the self.

The worship of Ganesha is considered complementary with the worship of other deities. We begin prayers, important undertakings, and religious ceremonies with an invocation of Ganesha the Mangala moorthi. He is Parabrahma incarnate, the God of Wisdom and Learning, the Remover of all Obstacles and is worshipped first, any other god.

The Malliyoor Sree MahaGanapathy Temple is in comparable in the conception of the presiding deity as Vaishnava Ganapathy, with the child Krishna seated on the lap of Lord Ganesha and hearing the Bhagavatham. The history of the temple dates back to the pre- Perumal era of Kerala. It is believed that a saint from Malliyoor after a pilgrimage to the northern regions brought the Ganapati idol and installed about 1500 yers ago. Though the temple had wealth and resources in those days, however, due to the onslaught of time and climatic conditions, it went into eclipse, unattended and uncared for and it remained as a silent testimony to it’s rich cultural heritage.

It was Malliyoor Sankaran Namboothiri, who brought the much needed reawakening to the temple. Sankaran Namboothiri was an exponent of Srimad Bhagavatha puran and was called Bhagavathahamsam. He used to recite Srimad Bhagavatham everyday in the temple by keeping the salagram, the iconic symbol and reminder of the Lord Vishnu as Paramatma, conseqantly Vishnu chaithanya was experianced in the temple. In fact, the continuous recitation of srimad Bhagavathom placing the ‘Salagaram’ in the sanctum sanctorum of Ganesha changed the Beeja Ganapathy into Vaishanava Ganapathy.The deity of Ganesha placing Little Krishna on his lap and listening the Mahapuran is the symbol of the flow of knowledge from a high consciousness to the yonger generations.

Today Malliyoor Maha Ganapati Temple is a major attraction to both Krishna and Ganesha devotees who arrive throughout the year in significant numbers.

THE SWAN-SONG OF ETERNAL PEACE

Kuruppanthara, a small village at Kottayam in Kerala, is famous with the name of Bhagavatha Hamsom Malliyoor Sankaran Namboothiri, who has dedicated his humble life to the worship of Lord Ganapathy and for the propagation of Srimad Maha Bhagavat Puran. Malliyoor is the name that denote the lineage of the priestly family.

Sankaran of Malliyoor was born on 2nd February, 1921,as the son of Sree Paramesaran Nampoothiri and Smt. Arya Antherjanam. His childhood passed through a long and tiring phase of illness and sufferings. Due to absolute poverty and continuous diseases he could not complete his formal school education. Later he finished his studies in Sanskrit from ‘Swamiyar Madom’ at Thiruvarpu, Kottayam.

As the panacea for his ill-health and sufferings, his mother sent him to Guruvayoor Temple on pilgrimage and during his stay at Guruvayoor, he met his Guru, Padappa Nampoothiri to receive advice for reciting Srimad Bhagavat Puran. That was the turning point in his life. He started rendering the Bhagavatham in total surrender to Lord Guruvayoorappan. Very soon matters took a turn for the better; his health improved and he untiringly recited and preached Sreemat Maha Bhagavat. His continuous recitation of Bhagavathom placing ‘Salagaramam’ in the sanctum sanctorum of Ganapathy changed the Beeja Ganapathy into Vaishanava Ganapathy.

Presently, Malliyoor Maha Ganapathy Temple is unique for the concept of Vaishnava Ganapathy. The place receives national attention and is a major pilgrim centre in South India. Malliyoor is the centre of Srimad Bhagavatha studies.

As the chief priest and recitalist, Sankaran Namboothiri conducted about 2500 Bhagavatha Saptahams all over India, in his life and his Katha sessions are renowned for simplicity and earnestness, attracting thousands of devotees. Hundreds of his disciples and lakhs of his worshipers who received his advice and experienced his holiness, are sincerely engaged in the propagation of divinity and significance of Srimad Bhagavatham throughout India and abroad. His disciples and well wishers include lakhs of people belong to different religion, caste and community.

He was a great scholar in Sanskrit language and Vedantic studies. He wrote many poems and essays in Sanskrit and Malayalam. His literature illustrates his vision and wisdom. Collection of his poems have been published and his poems tuned by great musicians like V. Dhakshina Moorty swamy and Radhakrishnaji were made in compact diskettes. He was the authority for Vedanta seekers and the last word for the interpretation of religious matters.

He was not reluctant to respond against cotemporary events and policies of the leaders and rulers. But he patiently suggested total surrendering to Bhagavatam as the simple and only path way to reach peace and prosperity for the mankind. His vision, fellow - feeling, philanthropy, and positive thinking made him the Acharya for all those who met him at least once.

To Malliyoor Sankaran Namboothiri good times and bad times are unavoidable stages in one’s life, they are the decisions of divinity. Accept good and bad with an open mind and learn the art of attaining balance in life. A rain does not add water to the ocean or a draught in the land does not drain it. We must learn this art from the ocean. His lectures were much valuable for the worried and provide them sense of aspirations and peace of mind. He made Malliyoor a religious pilgrim centre well-known for its religious pluralism and his disciples and well wishers include politicians, religious leaders, social workers as well as the common mass

He seriously wished to initiate a model educational institution to learn high values of mankind and to uphold brotherhood and secularism based on the real Bharatiya ethnicity and vision as envisaged by the Bhagavata principles.

Malliyoor Sankaran Namboothiri, is considered, as divinity incarnate, a perennial source of wisdom and serenity by thousands of his followers. His life and teachings are still relevant in material and spiritual studies. He led a pious and saintly life till his Samadhi on 2nd august 2011. His life partner the late Smt.Subhadra Antharjanam was accompained him in all his strains and sufferings.

The omnipotent Lord Vigneswara offers solace and relief from the troubles and tribulations of life. Special offerings to the bountiful Lord at Malliyoor grant all wishes and provide solace from illness unfortunately fear

Vinayaka Chathurthi is observed on the Sukla Paksha Chathurthi (Atha- Chathurthi) day in the Malayalam month of Chingam. It is on this day that the much renowned Ashtadravya Ganapati Homam is observed with 1008 coconuts. Apart from the coconuts materials such as jaggery, puffed rice, fried rice flour, lemon, honey, ghee etc are used in the Homam. 1008 small packets of medicinal plants such as karuka, mukkutti, koovalachamata, chethipoovu, nellu and an equal number of coconut shells are also used in performing the Homam. Devotees can book well in advance for performing this puja which is considered to bring desired results in abundance.

Malliyoor temple conducts Srimad Bhagavatha Saptaham and Sadsagam every month. The event is organized in memory of Bhagavatha hamsam Malliyoor Sankaran namboothiri and his efforts to popularize the Bhagavatha movement and NamaJapa meditation. Those who wish to sponsor the event and participate in the Sadsangam may contact the office in advance.

Mukkutti or the little tree plant is known as the miracle of nature. It is a medicinal plant with yellow flowers which is included in Dasapushpa. Mukkutti flowers and plants are used for making garlands in Ganapathy temples. 108 Mukkutti saplings in all their freshness, and without losing their roots and flowers are dipped in a mixture of ghee, fruit and sugar (thrimadhuram) and offered to the deity to the chanting of Mahaganapathi Mantram 108 times. For immediate relief from troubles and instant solutions to problems, this is supposed to be very effective. Not more than five Pushpanjali are performed a day, and one has to make advance booking for this Pooja.

Holy water from the temple well taken in copper pot is poured on Ganesh Idol 1000 times, simultaneously chanting mantras accompanied by conventional musical instruments. This abhishekam is only performed by the Thanthri. As this pooja is a time consuming process only two numbers can be performed in a day and prior registration is needed to perform this pooja by devotees. The performing date will be intimated to them as and when the dates are allotted by thanthri. While performing this pooja the presence of the devotees is a must. Praying the lord Maha Ganapathy to confer grace on him to overcome all hindrance.

An offering of rice flour in varying quantities (approximately 3kg, 6kg, 1 2kg), is made to the Lord, to obtain relief from illness.

A garland of 28 bananas (Kadali Pazham) is placed on the idol of Ganesha to off all obstacles and facilitate marriages. This offering is made every Tuesday or Friday for 12 consecutive weeks and can be booked in advance.

An offering of palpayasam is made to Vaishnava Ganapathy on twelve Thursdays, for the procurement of progeny (Salputhra and well beings).

An offering of approximately 1 2kgs of rice and curry is made to Lord Ganesha and offered to chosen people (Yogies) on the fourth day of waxing moon (Chathurthi) of every month. This offering is made to propitiate ancestral spirits (Poorva janma dosha parihara’s).

Special poojas and offerings are made to Malliyoor Ganapathy, Mahavishnu, Durga, Anthimahakalan, Yakshi, Shastha and Naga for a whole day to remove all obstacles and confer grace on the devotee.